In the Northern Rhone wines are known for their unpretentious elegance and Lafoy does not fall short of the standard. Founded in 1993 by husband and wife, Jocelyne and Yves Lafoy, the winery has grown from a small one and a half acres in the Côte Rôtie appellation to eight acres in their first 20 years. The winery now also has properties in Condrieu, Saint Joseph and Collines Rhodaniennes. Throughout this growth, they continue to focus on freshness, minerality and finesse in complex wines. 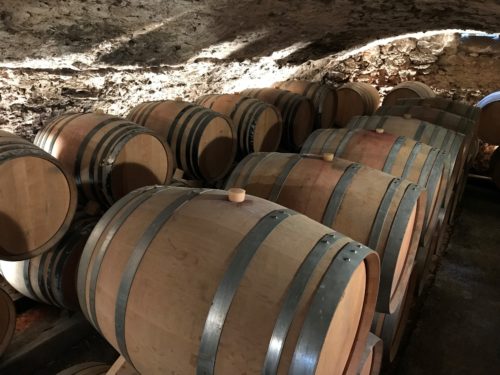 Their son Gaëtan joined the family business in 2011. In 2012, he made his first vintage of wine, still only in his early 20s. Prior to becoming the break out young winemaker at Lafoy, Gaëtan was formally trained at a wine school in the Mâcon, worked with both a small producer in the Rhone and did some commercial work in Condrieu. With youthful energy, parents’ guiding hands and a respect for the traditions of the Northern Rhone, Lafoy is producing spectacular wines.