Established in 1998 by longtime winemaker for Verget Jean Rijckaert, who fell in love with the terroir in both the Macon and Jura, this unique estate has cellars and produces wine in both regions. Without heirs, Jean partnered with his brilliant student Florent Rouve and groomed him until he was ready to take over managing the estate and all winemaking in 2013. The “savoir-faire” that made the outstanding reputation of these wines – restricted yields, manual harvesting, slow and moderate pressings, indigenous yeasts, limited batonnage to favor acidity, long aging – has been preserved, perhaps even enhanced, with the incredibly talented Florent taking over at the helm of the estate, while Jean consults at key stages in the process. All wines are aged in oak barrels with no racking, stirring or any disruption during élevage. These beautifully crafted wines soulfully represent some of the best in natural winemaking, which aims to express the typicity of the grape and the specificity of the terroir. 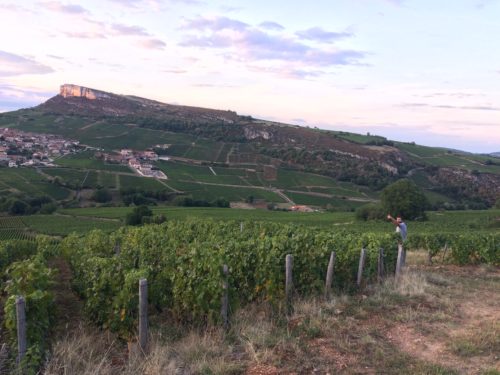 [Rijckaert] has turned out some superb wines from the Maconnais region made from Chardonnay, and also has some Chardonnay planted in the Arbois as well as the relatively rare and unusual Savagnin, which is sure to stump anybody in a blind tasting.” — Robert Parker, The Wine Advocate