Produttori di Manduria is the oldest active wine cooperative in Puglia: it was first established in 1928 as “Federazione Vini di Manduria” and then converted in to a cooperative in 1932 as “Consorzio Vini e Mosti di Manduria”. Despite being in one of the major wine producing Regions in Italy (Puglia usually ranks 2nd or 3rd in the national ranking in terms of wine produced), Produttori di Manduria is structured and operates like an Alto Adige cooperative, with 400 small growers farming 900 hectares of vineyards: with an average 2.25 hectares per member, each grower is able to carry out most of the vineyard management by hand with an extreme attention to quality. Primitivo represents the major focus of the winery, both in terms of vineyards planted (over 60% of the total) and in terms of tradition: Manduria is considered the birth place of the native Primitivo grape, so much so that in 1974 the Italian Government recognized a specific DOC appellation to the Primitivo made in Manduria. Thanks to this intimate, almost symbiotic, relationship between Manduria and the Primitivo wine production, the Winery has always played a vital role in the local economy, becoming the center of Manduria’s economic, social and cultural life. The Winery’s Management has always been extremely stable, with only 5 Presidents in the last 76 years (Italy has changed a few dozen Governments in the same period!). Furthermore, the Growers are locally known as the “Masters of Primitivo”, and the membership of the Coop has been proudly handed down from Father to Son for generations. This historical connection between the Cooperative and Manduria is reflected today in the new name of the Winery: Produttori di Manduria – Maestri in Primitivo 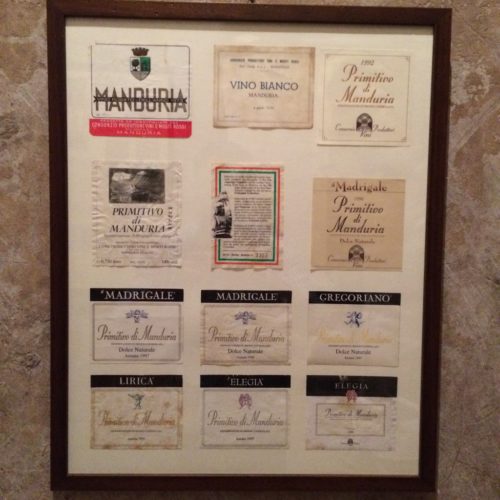 A native of the area and one of the most renowned Apulian Winemakers (he has worked for historical producers like Candido and Leone De Castris), Leonardo Pinto has worked as the consulting winemaker at Produttori di Manduria for over 20 years. He’s considered the Father of Primitivo di Manduria, and a real expert of this native Apulian grape.

Mr Pinto’s most important job at Produttori di Manduria is to craft wines that respect Primitivo’s varietal character and that speak of the unique growing conditions in Manduria. He’s constantly assisting the growers with best practices and technical advices in order to help them farm their land in the most environmentally conscious way and to produce healthy, high-quality grapes. He considers having over 500 hectares of Primitivo vineyards, most of which are well over 50+ years old, like having a widely-diversified set of colors, with which to paint various expressions of Primitivo di Manduria. Thanks to Produttori’s vast assortment of Primitivo vineyards, Mr Pinto is able to craft different versions of this unique wine. 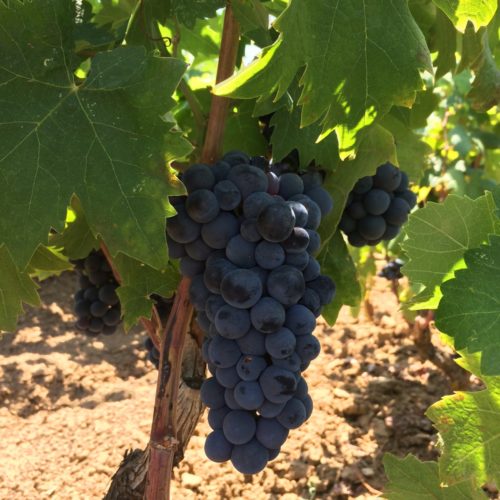 Primitivo: A native variety of Puglia, the name Primitivo refers to the early ripening nature of this grape. Two main biotypes exist: Primitivo di Manduria and Primitivo of Gioia del Colle (both names of grapes and wines). In most cases, thanks to the high temperature in Puglia during the Summer, most producers would harvest as early as mid-August. The most important characteristics of this grape are its ability to accumulate sugars easily, and its high content of polyphenols (tannins) and stable anthocyanins (the coloring pigments in the skins): these peculiar features provide the wines made with this grape with full-body and concentration, dark color and robust tannic finish.

A genetic similarity has been proven between Apulian Primitivo, Californian Zinfandel and Croatian Tribidrag, and they are all considered biotypes of the same plant. According to most experts, it is likely that Italian immigrants brought this grape from Italy to CA during the early 1800 migrations.