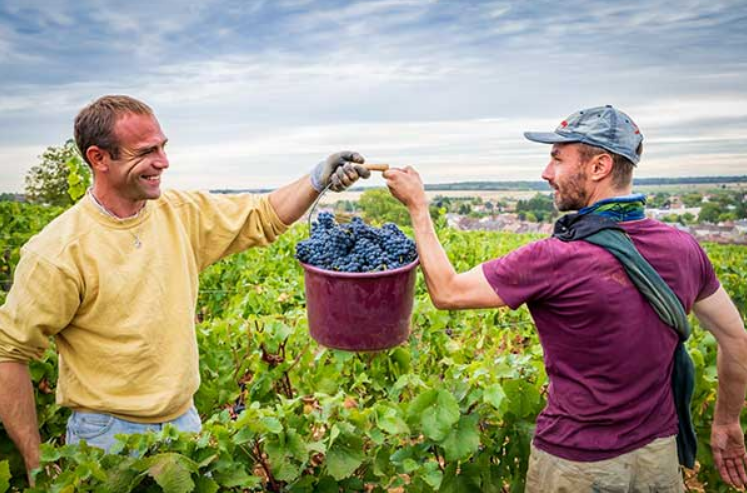 Situated in Ladoix-Serrigny, at the foot of the hill of Corton,
in the north of the Côte de Beaune, the Maldant’s have been
making wine in Burgundy for five generations, since 1895. In
1998, Jean-Pierre Maldant decided to give up his job working for
the Hospices de Beaune and devote himself entirely to his own
Domaine. His son, Pierre-François Maldant (pictured left), has
now succeeded him at the head of the family Domaine, where
he has been making the wines since 2010. Although the family
has a rich tradition and history in the region, Pierre-François is
one of the new rising stars of Burgundy.